See also this page for the free games that I created as commissions.

Gossip (2009) : a reporter for a gossip magazine leads a much more serious investigation than her usual fare. This is only the introduction of the game; it placed 2nd at the 2009 Introcomp.
(Play online | Download | Download (Windows) | IFDB page)

Gossip is a solid, polished piece of work that will have you smiling gleefully (until the very last scene, that is). — Sorrel, IFDB reviewer.

It’s a novel concept, Fleshed out more, this could be great. I hope it does get finished, and if it does, consider this a standing offer to beta-test. — Katherine Morayati, author of “>Take”.

This game is about two friends living in Vancouver, for whom it’s the last summer before leaving for university… It entered ShuffleComp: Disc 2, and was written under the pseudonym Alex Davies.

The first mission to colonize Mars ended with a horrible shuttle crash, and it’s a miracle you’re still alive… Now you just have to wait until the second shuttle gets here. Five more months…

I enjoyed it quite a bit, and got a little of the ambiguous thrill that I associate with old black and white episodes of the Twilight Zone. — Emily Short, mainstay of the IF scene, author of “Galatea” and “Counterfeit Monkey”

Overall, I would highly recommend this game, especially to fans of puzzle-light games such as Photopia. — Brian Rushton, author of “Color the Truth” 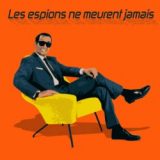 You, Randolph McHifflin, the greatest mad scientist in history, must figure out how to kill your nemesis, the English spy James Powers, who is conveniently tied up on a chair in front of you; but, as they say, an English spy never dies!

The premise is… amazing! (…) Some of the answers you programmes were excellent. — Angela, IFDB critic.

In this medieval city (with bits of magic), you are a wizard student looking to impress the princess, with whom you fell in love…

This game was awarded the Label Qualité Mimésis, awarded to games with no major bugs, after a long beta-test process!

The game is short but very rich, and numerous actions are possible. The puzzles are solved quickly and time flies when you play. — Olivier Hérau, IFDB critic.

I’m reasonably sure it is the best IF work in French from a quality of implementation standpoint. — Nathanaël Marion, author of “Noir d’Encre” and maintainer of the I7 French libraries.

Other games in French

I’ve also published a few more games; however, I spent less time on them and they are less polished and may feature more bugs.

Châtiment divin (2007): You are a simple man with the mission of saving the Earth from an incoming disaster by recovering a mythical weapon.
(Play online | Download | Download (Windows) | IFDB page)

Divine bonace (2007): A game in which you, you, a sailor in Ancient Greece, must investigate to find the cause of the sudden drop in the winds that cause your ship to be immobilized. One of my two entries in the 2007 French IF Comp.
(Play online | Download | Download (Windows) | IFDB page)

Brr! (2007): A short and silly game highlighting how primitive our syntax becomes when we talk to an IF parser. My other entry in the 2007 French IF Comp.
(Play online | Download | Download (Windows) | IFDB page)

Your Polynesian village wants to reduce its dependency to diesel, and tasks you with evaluating the village’s consumption and find a solution. (This ambitious project is for now a medium-sized game, but my idea was to turn it into something very detailed, a game where you convert little by little your whole village to renewable energy. Maybe some day!)
(Play online | Download the game | IFDB page)

Panoptique (2019): watch the security displays in front of you, and write a report if you see anyone violating the laws edicted by the government. Co-written with Nighten Dushi, who also drew the pictures.
(Play online | IFDB page)

A port of an old game by Chine Lanzmann and Jean-Louis Le Breton and published by Froggy Software. This funny game starts with your computer starting to talk to you, but then it goes on a rampage on the network!
(Play online | Download | Download (Windows) | IFDB page)

In 2017 I created Les Aventures d’Un Soir (a play on the French expression for “one-night stand” with the “adventure” of “adventure games”), an event in which I create a text adventure in one night, on Twitch, with anybody who turns up. I ran the event twice, but it was challenging (especially with a 15-second delay in streaming). Maybe I’ll start it again some day, possibly tweaking the format too!